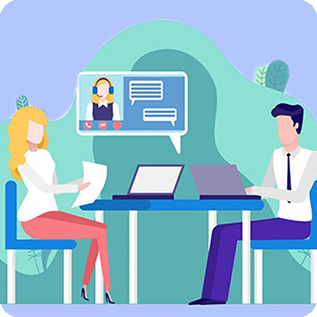 The Co-op’s Board of Directors held its regularly scheduled March board meeting via Zoom on March 24, 2021. All ten board members were present, as well as three management staff and three Co-op members.

President Jessica Saturley-Hall opened the meeting at 5:15 p.m. After the board passed the consent agenda, she opened the meeting to member comments, of which there were none. General Manager Paul Guidone then presented his monitoring report on EL 2—Financial Condition and Performance covering the 12-month period ending December 31, 2020. The board unanimously assessed it as showing a reasonable interpretation of all aspects of the policy and sufficient evidence of compliance.

Paul then spoke to his annual monitoring report on the Ends Policy. This was Paul’s first Ends Report as General Manager and the board’s first opportunity to receive a report based on accomplishing the new Ends that were officially adopted in July 2019. Last year’s Ends report, submitted by then-GM Ed Fox, was based solely on accomplishment of the Ends in place at the beginning of 2019. After a discussion of the challenges that arose in interpretation of the Ends, the board voted the report as showing a reasonable interpretation and sufficient evidence of compliance, with nine in favor and one abstention.

Paul updated his monthly GM Report of Co-op activities and performance, during which he stressed that we are now heading into the anniversary of when COVID began to influence sales. The panic buying that occurred in 2020 will begin to show higher sales for the same period last year, but that will not be indicative of actual Co-op sales growth overall. Current week-to-week sales to date this year remain consistent, thereby showing continued strength.

The board then addressed the need for training and education of incoming board members around the board’s use of Policy Governance®. It was agreed that the entire board would benefit from completion of an online course offered by Governance Coach and that such completion should be achieved before the May board meeting when new board members will be seated. The board unanimously agreed to purchase the online course and participate in the training.

Board member Jessica Giordani reported on planning for the Co-op’s Annual Meeting to be held on Saturday, April 4. She expected to share an agenda by March 26 at the latest and stated that the board will conduct a survey of members present rather than attempt breakout rooms for discussion of issues of interest.

Board member Manish Kumar reported that no nominations were received for the Allen and Nan King Award. He suggested that the $500 award normally given to the non-profit of the recipient’s choice be given to a non-profit chosen by Co-op members at large. The board voted unanimously to have Manish and Jessica identify four categories of non-profits and offer two non-profits per category, with one non-profit to be chosen for the $500 award by members present at the Annual Meeting.

Election Committee Chair Emmanuel Ajavon reported that one of the five candidates for the five open board seats to be voted upon in April has alerted him of her intent to move out of the area in late summer or early fall of 2021. She has offered to withdraw her candidacy if the board prefers. Members of the board noted that the new board will not be seated until May 26, limiting her service to only a few months. It was also noted that if she remains on the ballot and is one of the top four vote-getters, she would receive and then vacate a three-year term, while the fifth vote-getter—who would intend to serve for three years—would only receive a one-year term. The board voted unanimously to have Emmanuel request that she withdraw and to express the board’s appreciation for her willingness to run.

Your comments are always welcome. Feel free to send us an email to bod [at] board.coopfoodstore.com.

Listed below are the chairpeople overseeing the various committees.

Note: Co-op members are welcome to attend board committee meetings and encouraged to share their thoughts with committee chairs on topics of interest to them.

The time and location of board committee meetings will be posted 48 hours in advance. We look forward to seeing you!

Note: Board meeting minutes will not be posted until approved at the following board meeting.

For older meeting minutes or other Board information email April Harkness aprilharkness [at] coopfoodstore.com (HERE)